Pursuing the cultivation of junipers, gardeners are trying to create conditions that are as close to natural as possible. But even with the best care, it is not always possible to achieve high decorativeness - the bushes can turn yellow, dry or fall off, often this happens after winter. The main causes of this phenomenon and methods of treatment. Almost all varieties of juniper are green or emerald.

Every 4 years, needles massively yellow and crumble near the tree - this is a natural process of replacing old needles with new ones.

But there are also negative reasons associated with agricultural technology errors.

Each season has its own characteristics. Let's consider everything in order.

The main factor affecting the yellowing of juniper needles in the spring is sunburn.

Therefore, in March and April, it must be covered with burlap or a thin layer of gauze, especially in the afternoon, when the sun is active.

In dry and hot weather, in combination with strong winds, the conifer suffers from a lack of moisture, as a result changes color and dries out.

Another reason is too cold and rainy summers. In this case, the shrubs not only turn yellow, but also begin to rot, damaged by various fungal diseases.

The peak of decorativeness occurs in the autumn, when the color of the needles becomes more saturated. However, the color change still occurs due to the synthesis of anthocyanins (specific wax-like substances) that protect the crown from UV rays.

The color scheme of plants can be very diverse - from red to burgundy or dark purple.

In combination with green needles, a yellowish or golden brown hue is formed.

Yellowing of the bush in winter or after winter occurs for the same reason as in autumn.

Other factors include freezing of shoots from severe frosts, trauma to branches under the weight of icy snow.

There are several reasons why the juniper turns yellow and dries in the country.

It is necessary to focus on the natural conditions of growth - in nature, shrubs can be found in pine, deciduous forests, along the edges of roads or on the edges.

A shaded area with good drainage and slightly acidic soil is best.

2. Incorrect timing and time of landing.

It is better to plant in late April or early May.

With autumn planting - mid-September or first decade of October.

It is not recommended to plant in the summer, in extreme heat - the plant is unlikely to take root, will quickly turn yellow and dry.

3. The tree was brought from the forest.

Poor survival after transplanting has trees from the forest.

In ordinary garden land, they turn yellow, dry and die.

For cultivation, it is better to go for seedlings to a specialized nursery. Purchased junipers tolerate transplanting well, take root successfully and do not require special care, unlike forest varieties.

In addition, the excavation is prosecuted by law. Various diseases can ruin a tree

One of the most common causes of yellowing of juniper is pest damage. The conifer has several inveterate enemies.

When this insect appears, the growth of the tree stops, the needles and young growth twist, turn yellow.

The precursors of these pests are ants, they protect the parasites and create an ideal environment for invasion of aphids.

At an early stage of infection, you can use a solution - 40 g of laundry or liquid soap in a bucket of water.

Before irrigation, the soil around the trunk is covered with a film. The procedure is carried out three times with an interval of 7 days.

Another harmful parasite, which in a short time is able to completely destroy the bush.

If the needles turn yellow and dry - this is a clear sign of the appearance of this insect. You can notice the round larvae in the form of plaques of a red tint on the needles, young growth, and kidneys.

Sucking juice from young organs, they lead to a change in the color of the bark and needles to a brown or red.

If the pests are slightly affected, it is enough to clean them carefully with a knife. At the advanced stage, Aktaru, Fufanon, Decis or Actellik are used.

For prevention, shoots made of straw or burlap, treated with caterpillar glue, are put on the shoots and the central conductor.

A change in the green color of needles to yellow-green or reddish can be caused by the appearance of a spider mite. This insect envelops all the organs of the conifer, which leads to their mass yellowing, darkening in a brown shade and shedding.

If detected, you will need to spray with an infusion of dandelion, garlic or colloidal sulfur. The neglected form of infection is treated with acaricides - Actellic, Actara.

For junipers, this small parasite poses no danger, but its bright-colored larvae like to enjoy young shoots, needles and buds.

They cause cracking of the bark, the appearance of wounds on the trunk and skeletal branches, as well as yellowing of the needles. Infection is possible both in spring and autumn.

These pests live in galls - pathologically overgrown cells of conifers.

All infected sites are cut out, burned, and the crown and soil around the central conductor are sprayed with insecticides (Aktellik or Aktara).

If you notice purple butterflies over the conifers, this is a signal that the plant needs to be urgently saved, since the harmless flying individuals will soon begin to lay their eggs.

Larvae (pine moths) hatch from them - insects that devour everything in their path.

In the middle of autumn, they go into the soil, hide under the fallen leaves in order to successfully transfer the wintering. In the early spring they crawl out again and begin to eat the kidneys and young growth.

For treatment, enteric-contact insecticides are used - they are irrigated twice with an interval of 5 days. Additionally, in the autumn, they dig a site. The same drugs are taken for preventive treatment in the spring.

It feeds on shoots and needles, as a result of which the juniper looks like charred.

To protect the needles, it is necessary to spray with the drug Karbofos in spring and autumn.

This tool is also effective in treatment - they thoroughly process the inside of the crown and the soil under it. Irrigate twice at weekly intervals.

The pest got its name due to the fact that it eats young shoots on conifers.

Insecticides with the addition of mineral oils help in the fight.

All sucking and gnawing insects primarily damage weakened and young plants, so it is so important to water them, fertilize them on time, and regularly take preventive measures, inspect for damage.

When planting, it is necessary to use light, loose and fertile soil with a neutral level of acidity. Junipers are susceptible to various diseases

Signs of the appearance of a fungal infection are a change in the green color of the needles to a yellow-orange or brownish tint. At the advanced stage, they die off and crumble. The peak of development occurs at the beginning of summer.

Varieties growing on waterlogged land or weak plants that suffer from a lack of nutrients and moisture are susceptible.

First, numerous spores of black or brown tones appear on the shoots and needles, then they cover the entire affected part.

It is treated as follows - all yellowed and shrunken parts are destroyed, needles are collected under the crown, three times treatment with Tilt, Ridomil Gold, Strobi or Skor is carried out. The same means carry out prophylaxis in the spring and autumn.

This disease damages both vertical and horizontal (ground cover) shrubs.

The causative agent is a fungus, which manifests itself in the form of orange or red growths on the surface of the trunk, shoots.

The infection is spreading rapidly, so at the first sign it is necessary to urgently take action. They treat the crown and soil in the near-stem zone with fungicides with a solution of copper sulfate or Bordeaux mixture.

Running instances are removed and burned.

In order to avoid re-infection, mineral fertilizers with immunostimulants are applied.

Juniper dries with tips at the top of the crown, then yellowing and drying of all shoots occurs - a clear sign of a fungal infection.

The infected specimen not only loses decorative qualities, but also quickly dies.

On the diseased shrub, all damaged organs are removed, after which they are sprayed with fungicides - Ridomil Gold, Skor or Strobi.

Additionally cut places are treated with a solution of copper sulfate.

Also, these pesticides are used for prophylactic purposes - in the early spring until the buds of vegetative buds and in the fall in early October.

The causative agent of the disease is a fungus that predominantly parasitizes on the cortex.

With mechanical damage to the bush, the infection rapidly spreads to other parts and contributes to the yellowing of needles. At the advanced stage, the branches dry out, the bark cracks, the conifer dies.

With severe infection, it is unlikely that the bush can be resuscitated, so it is removed from the site and burned. At the initial stage, the crown and the near-trunk zone are treated with Bayleton, Skor, Vectra or Tilt.

For prophylactic purposes, double irrigation of the shrub with Oksikhom, a solution of copper sulfate, Bordeaux mixture or Fitosporin is required.

Necrosis of the cortex

Yellowing of the juniper after winter can be caused by necrosis.

Signs - the appearance of pillow-shaped growths of red or brick color. Over time, the entire crown turns yellow.

At the advanced stage, the infection affects the root system, as a result of which the plant dies.

The affected organs are sheared, burned, then the crown and the soil beneath it are irrigated with Fitosporin.

For preventive purposes, it is necessary to carry out triple treatment of the aerial parts in spring, summer and autumn with Fundazol.

The defeat begins with the underground part - the fungus clogs all the cells, blocking access to food, moisture and oxygen, as a result of this the shoots and needles turn yellow, dry out and crumble.

The development of the sore is provoked by two factors - poor lighting or excessive humidity.

For prevention, use high-quality and healthy planting material, infected specimens are removed on time, and the soil is infused with Fitosporin before planting.

In addition, in the spring and autumn, it is necessary to treat the bushes with chemicals - Vitarox or Bactofit.

Following simple rules, it will be possible to protect the conifers, keeping them healthy and beautiful. 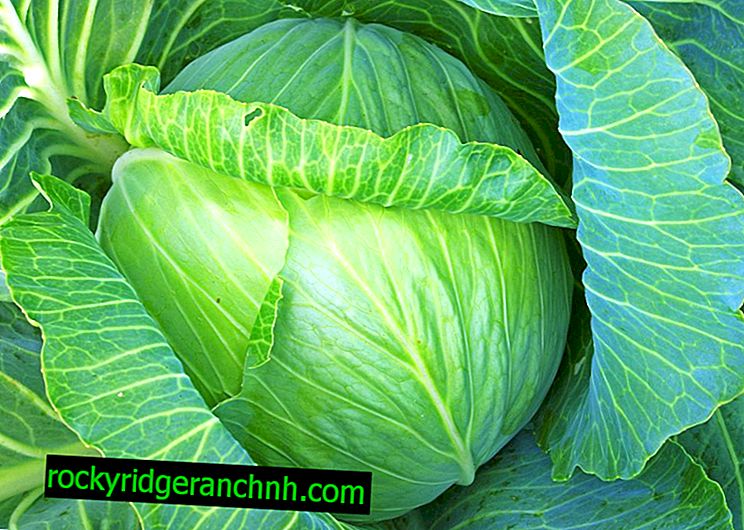 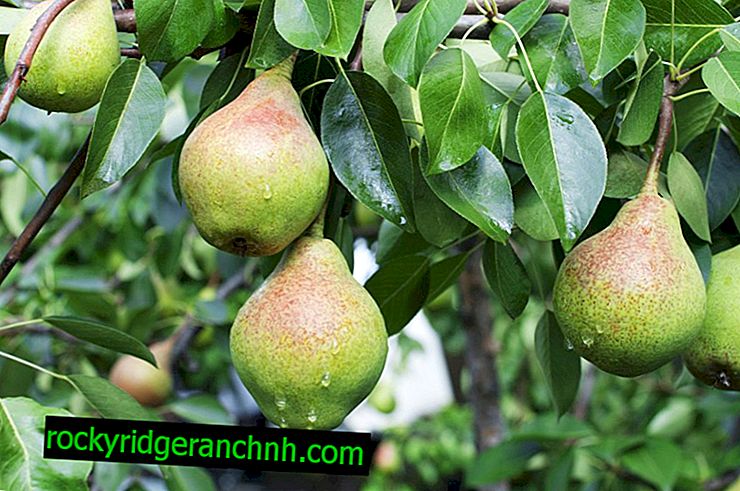 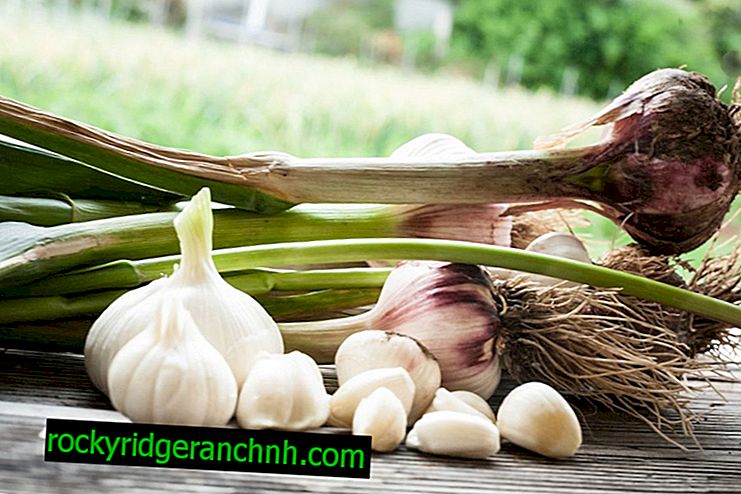